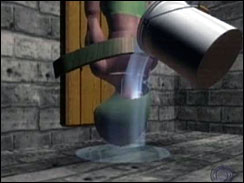 http://www.cbsnews.com/stories/2008/03/08/national/main3919474.shtml
President Bush vetoed a bill that would have banned the use of waterboarding and other interrogation techniques considered torture by the CIA. The president claims such a prohibition will inhibit the collection of information. (CBS)
Bush Vetoes Bill Banning Torture
Says CIA May Need To Use Harsh Interrogation Techniques That Critics Call Black Mark On America
The DA staff spoke with couple of members of the Group Against Torture in Sudan (GATS) and asked about the group's reaction to President Bush decision to vetoe this bill. GATS spokesperson said "Waterboarding is Torture and and those who do not think so, let them try it. It's torture period."
Ted Kennedy, Massachusetts Senator said "President Bush's veto will be one of the most shameful acts of his presidency. ... It will go down in history as a flagrant insult to the rule of law and a serious stain on the good name of America in the eyes of the world."
Posted by List Maintainer at 2:59 PM

Blogs on Sudan from the Internet